In this time of uncertainty, we wish everyone health and safety.
Foundation of Right Life

The Truth About Human Life
Readings from The Aletheon

Real and True Purification
of the Individual Body Mind-Complex

The human psycho physical system is not merely a gross phenomenon. Rather, the human psycho physical system is a participant in a Universal Field (with gross, subtle, and causal dimensions). However, because human beings tend to be so "bogged down" by the influence of their life histories, their patterned habits, and their habitual associations, they (characteristically) are thoroughly desensitized to the actualities of their own conditionally manifested existence. 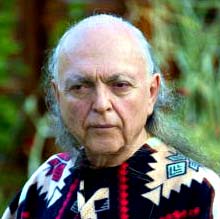 When the human being is "ruled" by this materialistic presumption, it becomes impossible for real and true purification of the individual body mind-complex to take place.

Such accumulation of psycho physical toxins gives rise, over time, to the particular signs of human character exhibited by any individual — even the physical signs. Whatever is in the mind and the emotions registers in the body as well — because the human being is a single mechanism (and systematic sign).

The fact that mental and emotional toxicity also displays itself in the physical body gives you an opportunity to notice that there is something about your habits of living that you must correct. If you do not (thus) correct yourself, then your life becomes an ever increasing accumulation of distress and limitations.

Such is the characteristic life of the usual human being. Every egoically functioning person (or body-mind-"self") progressively accumulates more and more mental, emotional, and physical toxicity.

I Am here to Teach you — and to Reveal to you, and to Give to you, and to Draw you into — the Real Process of becoming Utterly (and Eternally) Free of all psycho physical limitations, by Means of Transcendental, Inherently Spiritual, and Self Evidently Divine Real God Realization. 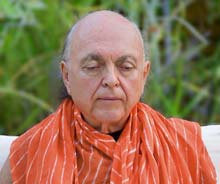 However, in the only by Me Revealed and Given (and, Ultimately, Most Perfectly Real God Realizing) Reality-Way of Adidam, there is a necessary practice of "self"-discipline (or right life), by Means of which the entirety of your gross, subtle, and causal existence is rightened and purified.

In the beginning phases of your practice of the Reality-Way of Adidam, the various by-Me-Given forms of functional, practical, relational, and cultural "self"-discipline act as reflectors — allowing you to observe what you actually do (as an egoic being), and (on that basis) to correct what you do (by ceasing to act in an egoic manner).

Thus, the purification of patterned accumulations is not a matter of mere thinking or of mere talking. You must live the devotional (and, in due course, Transcendental Spiritual) relationship to Me — by living all of the by Me Given disciplines (altogether).

The discipline of right diet, for example, is not merely a matter of following a generally healthful dietary regime. Rather, the diet must purify the body mind-complex of the toxins that are otherwise constantly accumulating in it. Similarly, all of the by Me Given forms of "self"-discipline must manifest the element of purification, or else you are not practicing them rightly.

Such must be the case, because much that has been accumulated as a result of the "self"-contracted life is in the dimensions of energy that are beyond the gross physical. Until all of that is purified and gone beyond, there can be no Real God Realization.

— From "The Necessary Foundation of Right Life"

Part Three: Beyond the "Embodiment Trap"