Right Religion Is Not About
the Human Ego (part 4)

The Only Absolute Is Truth Itself

People constantly make grandiose affirmations about "religion" — but, in doing so, they are merely playing power-games and mumming on one another. They make absurd affirmations that something is absolutely so, and they commit their entire lives to it — but it is absolute nonsense.

They are not certain, with the clarity born of real "testing and proving", that what they affirm is true. And if you are not absolutely certain that something is true, absolute affirmation of it is not appropriate. The same is true for any other kind of presumed "knowledge" — not only "religious" beliefs. 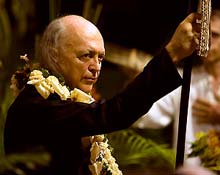 In Truth, the only thing that can be affirmed absolutely is Reality Itself — Which Is Truth Itself. No mere "point of information" can be absolutely affirmed. Therefore, any mere "point of information" is simply a subject of further "consideration" or discussion, and should only be tentatively affirmed as something that may be the case, as something that seems to be the case based on some level of evidence.

Science is not in a position to make absolute affirmations. True science is the "method" of enquiry-without-prejudice — and that "method" of enquiry enables science only to make propositions that are tentatively affirmable, and that must, necessarily, be tested by all yet future evidence. In the realm of science, further investigation is always required. The basis of all right and true science is this: Nothing absolute can be "known" (or, otherwise, said) about conditionally arising phenomena. 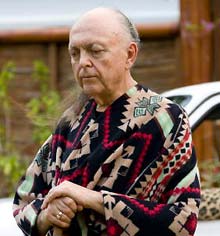 "Religion", as an "objective" phenomenon, is a collection of ideas and doctrines that cannot — and should not — be absolutely affirmed. Therefore, what is the point of getting absolutely affirmative about "religious" doctrines, myths, and reports?

Truth Itself Is the Only Absolute — and Reality Itself Is Only Self-Evident. Much can (and must) be made of Truth Itself, or Reality Itself — but there is no point in making much of any mere ideas or any merely conditional appearances, because everything that appears conditionally is (itself) tentative and non-absolute.

Adidam is not what is conventionally called a "religion". Adidam is a Way. Adidam is not based on absurd affirmations or beliefs. Rather, Adidam is about Reality Itself — Which Is Self-Evident, and, therefore, not a "something" in the realm or category of "things" that are either provable or disprovable.

Adidam is a Reality-Way, with Reality's Own Means provided — in Which you are Called to Really participate, such that you Really (and Intrinsically) Realize the Self-Nature, Self-Condition, and Self-State of Reality Itself.

I have much to Say of a critical nature relative to egoity (as it manifests both individually and collectively), and relative to all the "stuff" of humanity and its mere ideas. Nevertheless, My Criticism is Spoken in a positive Disposition.

There is no harm intended in My Criticism. My Criticism is a Revelation of That Which Is Divine. Therefore, My Criticism Cures the heart, and Cures the life — but by the Means of Truth Itself, or Reality Itself, and not by all of the means concocted by ego-bound humanity in its "world"-mummery of suffering and seeking.

— from "The Criticism That Cures The Heart"