Right Religion Is Not About
the Human Ego (part 3) 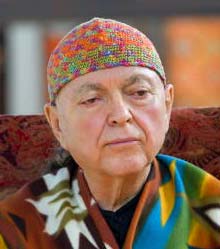 Rightly used, exoteric "religion" is something like a "picture book" for leading people to mature human understanding. However, if exoteric "religion" is not used in that manner, it becomes a "something" in and of itself. In that case, "religion" becomes false cultism, in one form or another — shoring up its own imagery, and reinforcing its "authority" and control over people within the domain of institutionalized lies. In the form of such ego-based cultism, "religion" does terrible harm to everyone.

The Divine is not false. However, human beings are, by tendency, false — and, therefore, they must be served to be rightened. 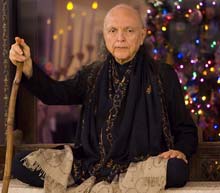 If the word "religion" is to be used at all, that process of rightening is the purpose of true right "religious" practice. Right "religious" practice turns people from separate "self" (or egoity, or the habit of "Narcissus", and the life of mere ideas) to Reality Itself, through a process of the Real transcending of egoity and comprehensive rightening of life. If "religion" does not do that, then it is merely part of the unspeakable "self"-deludedness of humankind, with its terrible present-time and potential results.

Therefore, nobody on Earth has the right or calling to absolutely affirm the verity of anything for which they do not have absolute evidence — and there is not anything that Is Truth (or Really Absolute), except That Which Is Self-Evident As Reality Itself.

Look at all the affirming of "religious" doctrine in human society — always affirming mere ideas, and imperfect evidence, and even human lies and inventions to be absolute Truth! Where is the evidence that justifies making such absolute affirmations?

Part Four: The Only Absolute Is Truth Itself