Right Religion Is Not About
the Human Ego (part 2)

Reality Itself Is the Only God There Is

All human matters can be readily resolved when people are rightly re-associated with Reality Itself — or That Which Is Divine. 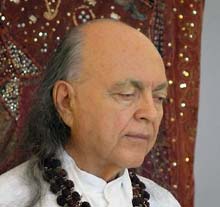 When people are not thus re-associated, "religion" is simply another device that human beings use to shore up the ego, to give it a theatre in which to play — and, thus and therein, to generate forms of pseudo-identity and all the possible illusions associated with belonging to a collective pseudo-identity. To do so is to utterly misuse "religion" — because right "religious" practice is not about the human "self" (or the ego-"I").

Right "religious" practice is about That Which Transcends the human "self" (or the ego-"I"). Therefore, if "religion" has anything to say about human behavior, it is entirely in the context of the ego-transcending Non-"difference" from the Ultimate Divine Condition That Is Reality Itself. 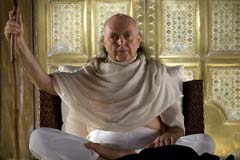 Because conventional "religions" do not reach Beyond themselves to That Which Is Divine, every separate "religious" tradition becomes a "something" in and of itself — and "religion" is reduced to what is gross, and merely of a political and social nature, obsessed with the "self-righteousness" of "correct" social and sexual behavior, and darkened by social xenophobia, sexual paranoia, and every kind of prejudice based on "purity laws" and complex, loveless taboos. All of that is entirely "Narcissistic". Therefore, conventional (and "self"-deluded) participation in "religion" has all the negative results of "Narcissistic" behavior (or ego-based, separative behavior altogether).