The Truth About Human Life:

Transition from Childhood to Maturity

There must be a transition from childhood to maturity. That transition is commonly acknowledged as a stage in the psycho-physical development of the human being. It is called "adolescence".

Like childhood, this stage also tends to be prolonged indefinitely — and, indeed, perhaps the majority of "civilized" human beings are occupied with the concerns of this transition most of their lives. 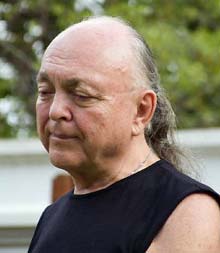 It is the dilemma imposed by the conventional presumption of separate, egoic, independent consciousness — and, thus, separative habits and action. That presumption is (altogether) the inevitable inheritance from childhood — and its clear, personal comprehension, felt over against the childish urge to dependence, is what initiates the ambivalent conflicts of the phase of adolescence.

Traditional Spirituality, in the forms in which it is most commonly proposed or presumed, is a characteristically adolescent creation that represents an attempted balance between the extremes.

It is not a life of mere (or simple) absorption in the mysterious enclosure of existence. It is a life of strategic absorption. It raises the relatively non-strategic and unconscious life of childhood dependence to the level of a fully strategic conscious life of achieved dependence (or absorption). Its goal is not merely psychological re-union, but total psychic release into some (imagined or felt) "Home" of being.

There is a mature, real, and true phase of human life. Real and true human maturity is free of all childish things and free of all that is attained, acquired, and made in the adolescent adventures of conventional life.

In that mature phase, the principle of separation is undermined by means of Real "self"-understanding — and the mutually exclusive trinity of "God", "self", and "world" is returned to the Condition of Truth Itself.

In the maturity of human life, the "world" is not abandoned, nor is it lived as the scene of adolescent theatre, the adventure in dilemma. "God-Apart" occupies the child, and "separate self" occupies the adolescent — and both child and adolescent see the "world" only in terms of their own distinct limiting principle (or characteristic form of suffering).

But, in the mature human being, the "world" — or the totality of all arising ("subjective" and "objective", high and low), not as an exclusive "reality" but in Truth — is primary. In the mature individual, the "world" is (potentially) apprehended as a modification of the Single, Indivisible, Absolute, Non-separate Reality — implying no "separate self" and no "outside God". For such a one, the Absolute Reality and the "world" are not "different".

The Absolute Reality Is the Divine Nature, Condition, State, Form, and Process of all-and-All.

From "Moving Beyond Childish and
Adolescent Approaches To Life and Truth"

The Truth About Human Life - index to readings