The Truth About Human Life

A reading from The Aletheon

In the current exchanges about the True Way of life, people are alternately invited either to submit themselves in childish, emotional, and cultic fashion, usually by grace of "hype", to one or another glamorous tradition, personality, or possible effect, or else to assert their adolescent independence from any Divine Influence, Master, or Way by engaging in any one of the (seemingly numberless) cool, mental, and strategic "methods" of "self"-indulgence, "self"-absorption, "self"-help, de-programming, or certified sudden transcendentalism now available in these media-motivated times.

In the midst of the pervasive language of these offerings is all the implicit crawling fear of children and adolescents, surrounded by Parent, waiting for Wednesday, wasting weekends on authorities who preach against authority, or who promote peculiar enthusiasms for secret, unique, scriptural, and wholly fulfilling "techniques" for bodily, emotional, and mental absorptions in the One True Reality — which everyone advertises, but very few find sufficient. "Religious", "Spiritual", and "philosophical" revivals are so plastic and popular, as mindless as soap — and, yet, they seem always to distract the "world". 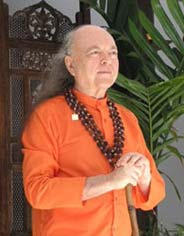 I am not the usual man. All that I Teach has been Awakened and Tested in My Own Case. There Is Grace. There Is Truth. There Is Transcendental Spiritual, Real, Acausal God — Which Is both Reality Itself and Truth Itself.

There are true and false (or fruitless) ways to live. There are partial revelations. What is only distraction and foolishness has always been part of the theatre of humankind. This need not be of concern, if the need for True Illumination is strong enough.

What each one is obliged to do is to Realize, in his or her own case, a heart that is the center of one's life, that is neither "self"-indulgent nor foolish, and that is responsible only to Truth Itself.

"Experiences", high and low, are required by those who are still lingering in the conditions of their childhood and adolescence.

Everything a child does is a manifestation of one underlying presumption: dependence. When you are a child, the presumption of dependence is eminently realistic and useful. But it should be a temporary stage of psycho-physical life, in which one's functions are nurtured and developed in conventional ways.

However, there is commonly a lag in the transition to adulthood, because of the shocks encountered in the immature attempts to function in the "world".

That childish aspect in each individual always seeks to verify the condition of dependence in forms of safety and relative unconsciousness. That childish demand in every adult human being is the principal origin of exoteric "religion".

Exoteric "religion" is the search to be re-united, to "experience" the vital and emotional re-establishment of some imagined or felt condition (or state) of life that is previous to responsibility. It is the urge toward the parented, enclosed condition.

This urge always seeks "experiences", beliefs, and immunities as a consolation for the primitive cognition of fear and vulnerability. And the "Way" enacted by such a motivation is principally a game of obedience to parentlike enormities.

Part Two: The Intuition of the Whole