In this time of uncertainty, we wish everyone health and safety.
Enlightenment Is Not an Experience

The Truth About Religion

Enlightenment Is Not an "Experience"

The human individual is nothing more than a peripheral and temporary modification of Conscious Light, appearing to surround, and emanate from, a central core of Light (or Self-Illuminated Space).

In Truth, the human "individual" (or ego-"I") is non-necessary — not even an emanation, but only a conventional appearance, without Divine "Cause".

Divine (or seventh stage) Enlightenment Is the Realization of Inherent and Always Prior Self-Identification with the Divine Conscious Light, in Which the body-mind-complex is arising.

Divine (or seventh stage) Enlightenment is not an "experience", not a state of the personal body-mind-complex in and of itself, but the Intrinsic Self-Realization of the Divine Transcendental Spiritual Self-Nature, Self-Condition, and Self-State of Reality Itself, in Which there is no "difference", no "other", no "self", no mind, no body, and no "world". 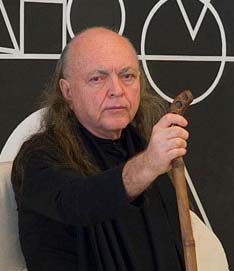 Therefore, paradoxically, in the Context of Divine (or seventh stage) Enlightenment, the conventions of "experience" — of "difference", "other", "self", mind, body, and "world" — are Divinely Self-Recognized as merely apparent and non-necessary patterns, arising as mere appearances from and As the "Root"-Space of Conscious Light, and (Thus) as merely apparent modifications of Self-Existing and Self-Radiant and Never-changing Conscious Light Itself.

In the Context of Divine (or seventh stage) Enlightenment, the conventions of "experience" arise only in Transcendental Spiritual Love-Bliss-Fullness.

In the Context of Divine (or seventh stage) Enlightenment, the conventions of "experience" communicate only That Self-Evidently Divine Love-Bliss-Fullness.

— from "Divine, or Seventh Stage, Enlightenment"