In this time of uncertainty, we wish everyone health and safety.
Scientific Materialism

The Truth About Science

The "Cult" That Is Scientific Materialism

Modern secular "science" began as a "method" for investigating (and "knowing", or finding out about) the structures and workings of processes in the realm of conditional Nature.

As it developed, the "method" of science was presumed to be a superior "method" (in contrast and opposition to the superstitions, conventional beliefs, and metaphysical presumptions of traditional "religion") — based, rather, on the rigorous observation, conceptualization, and analysis of perceptible (and conditionally arising) events. 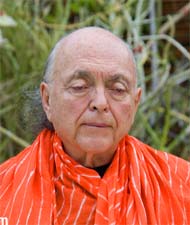 Thus limited, conditionally-based science has, unfortunately, become the reigning (and distinctly authoritarian) "official philosophy" in this "late-time" (or "dark" epoch).

Indeed, conditionally-based science has become not merely a means of gathering natural information, but the very principle and exclusive model for the relationship human beings presume to the natural "world", to each other, and even to their own body-minds.

Thus, in this "late-time" (or "dark" epoch), reductionistic (and so-called "humanistic") science (or scientism, or scientific materialism) presumes to be the only "officially" acceptable form of relationship to anything whatsoever.

Although the scientific "method" of enquiry may serve as a means of analytical "knowledge", it utterly fails as a right and true form of moment to moment relationship to conditional things and beings, and to the totality of existence.

The "method" of science is properly only a special form of relationship to specific perceptible (or otherwise merely conditional) events in specific moments and for specific purposes.

If science is allowed to become the standard of relationship itself, the natural process of human participation — even non-verbally, or non-conceptually, and even egolessly — in the always spontaneously arising "play" of existence is retarded, suppressed, and even destroyed.

Furthermore, by its very nature, the scientific "method" requires a stark and strategic conceptual separation between the observer and the observed. When this exercise becomes the primary mode of one's relationship to things (and to all "experience", and even to existence itself), its effect is separative — and a kind of warfare (or opposition) develops between the human being and all its relations.

Thus, science — which is the practical and conceptual exercise of "point of view" — becomes the hard-driven technology of personal and collective egoity.

Part Two: Human Beings are Inherently One
with the "World"-Process